According to the Carmelite tradition, a group of pious men built a temple to the Virgin Mary on the summit of Mount Carmel, wanting in some way to imitate the life of the prophet Elijah, who was especially known for his fidelity to God.

"Until Heaven" contains the lyrics for every pilgrims' thoughts as they make their way to their Mother, Teacher and Model. The holy silence that should accompany each conversation with the Queen of Heaven and earth is the framework so that each soul can hear the sweet voice of Our Mother who is waiting for us in a simple village, full of wonder and peace. The messages of Our Blessed Mother, her desire to transform our hearts of stone with her kiss, the haste to reach the "top of the mountain" -Heaven, which is our destiny-, gazing on her Son in the Eucharist and anchoring both our will and desires in Him, are the perfect ingredients so that a beloved child of Our Heavenly Mother can reach Her and bathe in her gaze, grace, and maternal love.

"Are you suffering a great deal? Don’t lose heart. I will never forsake you. My Immaculate Heart will be your refuge and the way that will lead you to God" (Our Lady's words to Sister Lucia in Fatima during the second apparition on June 13, 1917).

Lucia was born on March 22, 1907 in Aljustrel, Fatima (Portugal). When she saw Our Lady for the first time she was only 10 years old. In 1921, she entered the Dorothean Sisters but it was God's plan that she would become a Discalced Carmelite Nun. This finally took place in 1948 when she entered the Carmelite Convent of "St. Teresa" in Coimbra (Portugal). Our Lady had said that Francisco and Jacinta would shortly go to Heaven but that Lucia must stay in order to make her messages known. That is what Lucia did until she died on February 13, 2005, after which, her cause of beatification has also been introduced. In her "memoires" she left us the narrative of the apparitions and other writings. Amongst her writings, the following passage can be read in which she speaks about the Rosary: "The Most Holy Virgin in these last times in which we live has given a new efficacy to the recitation of the Rosary to such an extent that there is no problem, no matter how difficult it is, whether temporal or, above all, spiritual, in the personal life of each one of us, of our families… that cannot be solved by the Rosary. There is no problem, I tell you, no matter how difficult it is, that we cannot resolve by the prayer of the Holy Rosary".

Once again, we remember the anniversary of the first apparition of the Angel in Garabandal, an apparition which commenced an entire story of love.

What More Do I Need to Believe? 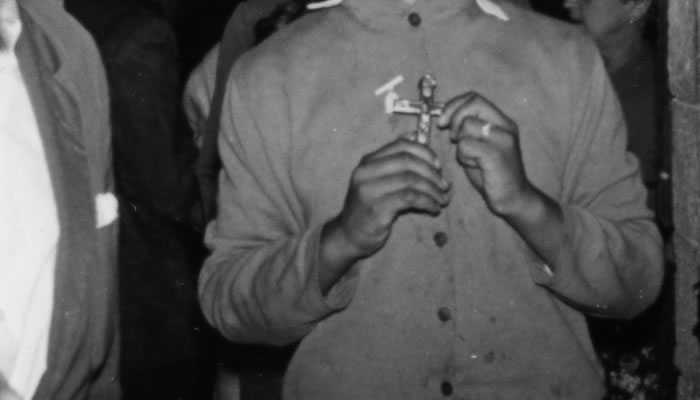 Among many of the stories we know, we bring to you a story which was told by Maximina Gonzalez about a ring that belonged to Maria Luisa Salazar and her husband from Bilbao.

“Men do not fear a powerful hostile army as the powers of hell fear the name and protection of Mary.”

St. Bonaventure was born in Bagnoregio, Italy, in 1221. After taking the habit in the Franciscan Order, he left to study at the University of Paris. From 1248 until 1257 he taught theology and Sacred Scripture at this university. In 1257, St. Bonaventure and St. Thomas Aquinas received the title of doctor together. He was the author of several treatises, including one on the "Holiness of Life." Also in 1257 he was elected superior general of the Friars Minor. He was elected during a difficult time for the Franciscan Order due to a division between those who preached an inflexible severity and those who solicited a mitigation of the original rule. For this reason, he wrote a letter to the provincials demanding of them perfect observance of the rule and the reform of those relaxed. St. Bonaventure governed the Franciscan Order for 17 years, which is why he is known as the second founder. In 1266, Gregory X named him Cardinal Bishop of Albano, ordering him to accept the position out of obedience. St. Bonaventure is characterized by his simplicity, humility, and charity. He won the title of Seraphic Doctor for his angelic virtues, was canonized in 1482, and declared Doctor of the Church in 1588.

This is a beautiful testimony sent to our website from Costa Rica. Marvin Vargas Jara explains how becoming familiar with Our Blessed Mother’s messages in Garabandal has changed his life.

In their ecstasies the girls went into homes

In his book, Garabandal Message of Hope, Fr. Jose Luis Saavedra speaks about the visits the girls made to homes while they were in ecstasy. These very extraordinary events, which we will take a look at now, remind us of how Our Lord and Our Blessed Mother visit our homes, too, and wish to occupy first place in them. We ought to open our doors and let them in so that our homes may be true "domestic Churches" where love, faith, and peace may reign.

Mariano Sardina Posada was born in Cantabria, Spain, but has been living in Castellon since 1968. She was a witness of the apparitions on two occasions in 1961 and 1962. These are her memories, originally published on the website Garabandal: Only God Knows. 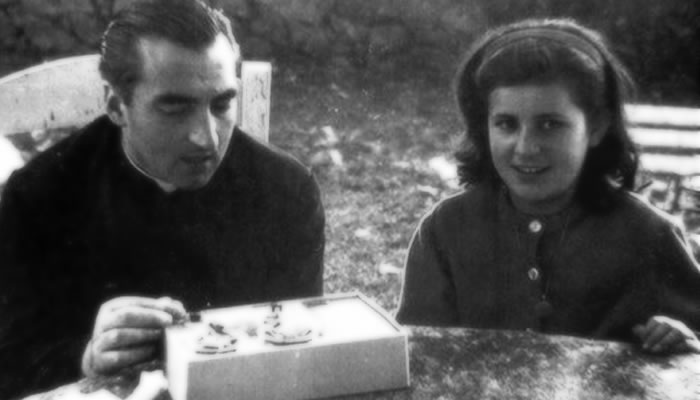 Fr. Ramon M. Andreu noted this extraordinary event of which he himself was a witness.

In Garabandal, the Rosary was the prayer the girls prayed most during the ecstasies. The Virgin Mary taught them to pray it well. In her diary, Conchita says, "We prayed the Rosary looking at Her. She prayed with us to teach us how to pray it well." Conchita also remembers that when the Virgin prayed the Our Father or the Glory Be, "her whole being was prayer."

“Most Holy Virgin, look not upon my weakness, but rather grant me the grace to take as my spouse He whom I love with all my soul, your Most Holy Son, our only Lord, Jesus Christ! I promise Him and you, that I will never take any other spouse.”

Catherine was born in Siena, Italy, on March 25, 1347. She was the second to last of the 25 children of Jacobo Benincasa and Lapa Piacenti. Catherine learned charity towards the poor from her father, and love of work and courage to take on arduous tasks from her mother. The biography of St. Catherine is very long, but her love for and trust in the Virgin Mary from a very young age stand out among that information. Throughout her life she looked to the Virgin Mary for help and refuge. As a child she would go up and down the stairs praying Hail Mary’s. She offered herself to the Lord in front of an image of Our Lady, with the words of this Marian Thought. She took the Blessed Virgin as her only Mother when she was rejected by her family for not wanting to get married. Under Our Lady’s gaze she lived and grew in humility, obedience, and charity. She conquered her family with this attitude and was given permission to become a member of the Third Order of Saint Dominic. She dedicated herself generously to the poor and sick. Her heart belonged totally to the Lord, her only Spouse. One of the mystical experiences that stands out the most is one that took place the day before her religious profession. She suddenly found herself in front of the Mother of God, who had a golden garment in her hands. With a soft and tender voice She said, “I have brought you this gown, my daughter, from the heart of my Son. It was hidden in the wound of his side as in a golden basket, and I made it for you with my own hands. With fervent love and humility, Catherine inclined her head, and the Virgin Mary placed the heavenly gown on her. It was Our Lady that put Catherine’s hand in that of the Her Son’s in the Mystical marriage with Jesus. St. Catherine lived her life growing in love of God and his “sweet Mother,” to whom she had recourse for herself and for others. She spoke trustingly to the Mother of Mercy praying for the conversion of hardened sinners, lifting her eyes to heaven and repeating Mary's name until she received the favor. Catherine was very devout to the Child Jesus. One Christmas, while she prayed, she had a vision of Mary adoring the newborn Baby Jesus. Catherine implored Our Lady to let her hold Baby Jesus in her arms a moment. The Virgin Mary gave her Jesus with a smile. During her life, Catherine suffered much for the Church. Our Lady sustained her in her sufferings. She reached sainthood in just 33 years, living and suffering heroically. She was canonized by Pope Pius II in 1461, and proclaimed Doctor of the Church by Pope Paul VI in 1970. John Paul II proclaimed her Co-Patroness of Europe in 1999.