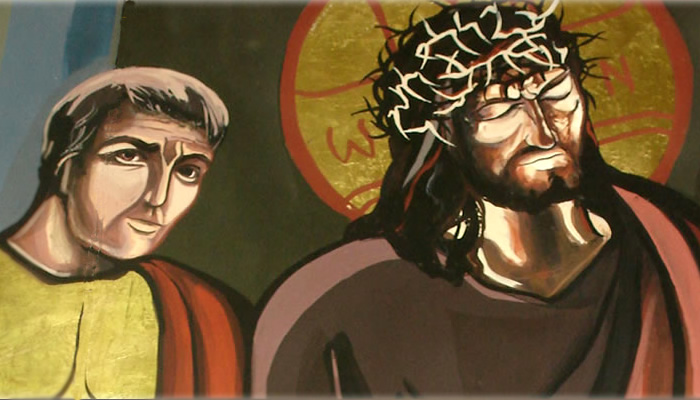 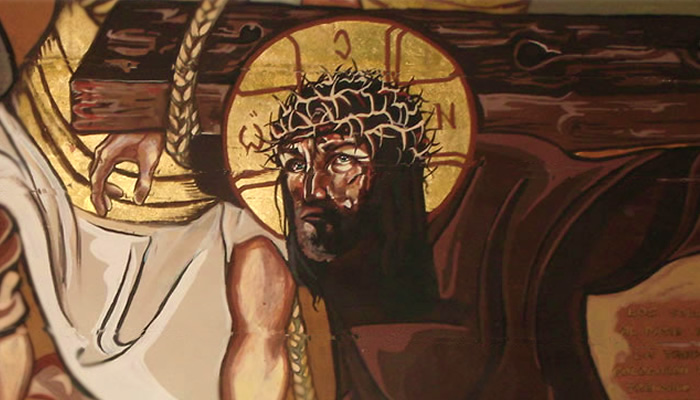 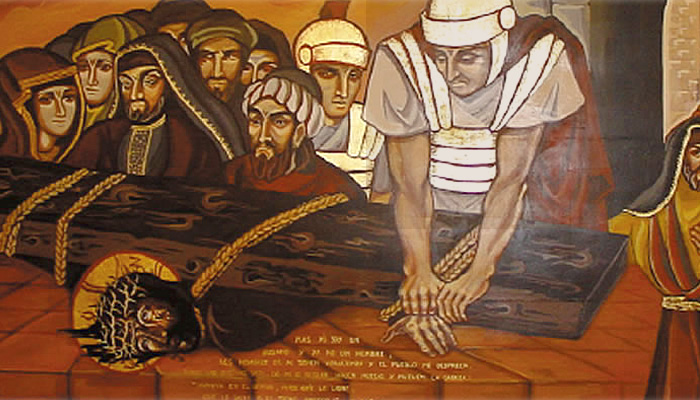 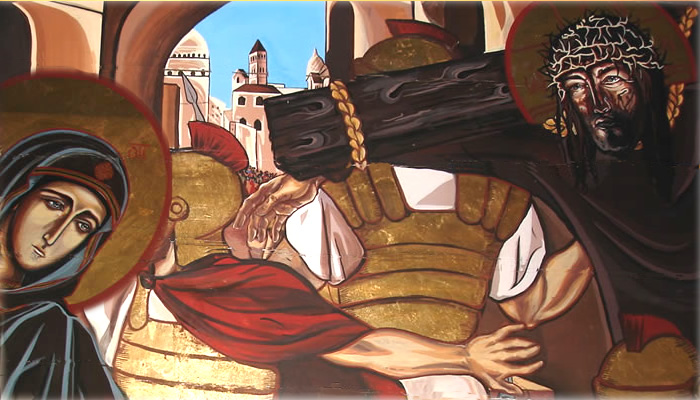 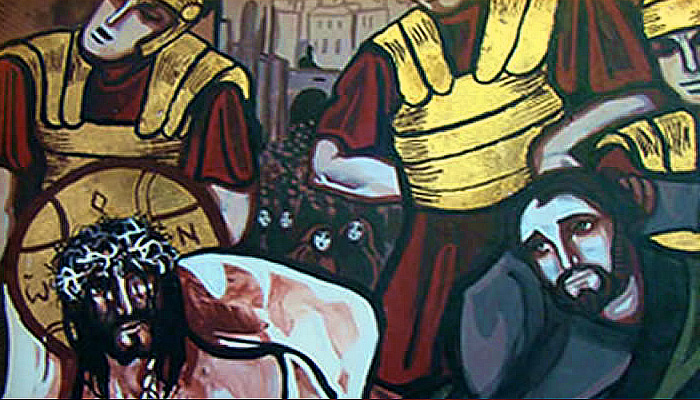 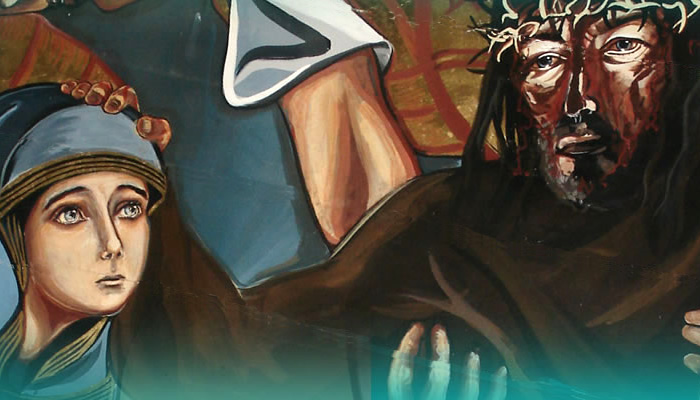 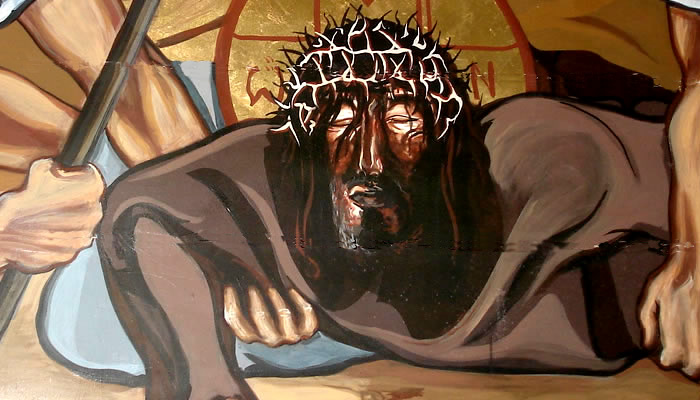 I Station - Jesus is condemned to death

We adore you, O Christ, and we praise you, because by your holy Cross, you have redeemed the world.

The Judge of the world, who will come again to judge us all, stands there, dishonoured and defenseless before the earthly judge. Pilate is not utterly evil. He knows that the condemned man is innocent, and he looks for a way to free him. But his heart is divided. And in the end he lets his own position, his own self-interest, prevail over what is right. Nor are the men who are shouting and demanding the death of Jesus utterly evil. Many of them, on the day of Pentecost, will feel “cut to the heart” (Acts 2:37), when Peter will say to them: “Jesus of Nazareth, a man attested to you by God... you crucified and killed by the hands of those outside the law” (Acts 2:22ff.). But at that moment they are caught up in the crowd. They are shouting because everyone else is shouting, and they are shouting the same thing that everyone else is shouting. And in this way, justice is trampled underfoot by weakness, cowardice and fear of the dictate of the ruling mindset. The quiet voice of conscience is drowned out by the cries of the crowd. Evil draws its power from indecision and concern for what other people think.

Lord, you were condemned to death because fear of what other people may think suppressed the voice of conscience. So too, throughout history, the innocent have always been maltreated, condemned and killed. How many times have we ourselves preferred success to the truth, our reputation to justice? Strengthen the quiet voice of our conscience, your own voice, in our lives. Look at me as you looked at Peter after his denial. Let your gaze penetrate our hearts and indicate the direction our lives must take. On the day of Pentecost you stirred the hearts of those who, on Good Friday, clamoured for your death, and you brought them to conversion. In this way you gave hope to all. Grant us, ever anew, the grace of conversion.

Our Father, Hail Mary, and Glory be