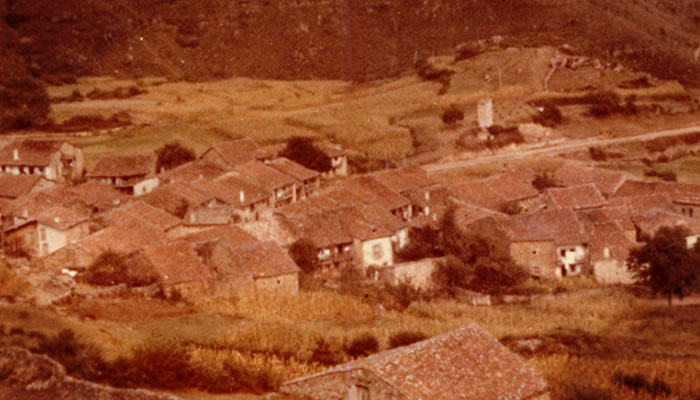 David Toribio was 25 years old when rumors started to spread about what was happening to four little girls in his hometown, San Sebastián de Garabandal. He had amazing experiences in close contact with the girls as he protected them, along with other young men from the town, from the curiosity and shoves of the crowds. But he also suffered mockery and derision from those who considered the events in Garabandal as “a little girls’ game.” “Garabandal wasn’t ‘in fashion,’ people didn’t care about it. If someone really believed, he didn’t dare say it because there was such strong antagonism.”

And what did they see in the village? What did David Toribio see when the girls went into ecstasy? They saw so many inexplicable things... Something impressed David one day as he walked beside Conchita, who was in trance. He had heard other people say that when they touched the girls in ecstasy they experienced a strange sensation. That day, David wanted to touch her, at least with his fingertips, but he did not dare. "I mean just seeing them, you knew... And I touched her like this, very softly on her arm, and it was as if... Oh! Amazing! Yes. Incredible.”

Among the many things that have been engraved on David's memory is a day when the four girls went up to the Pines in trance. All the people went up with them. "Looking at the pine where the statue of the Virgin Mary is now, at a certain moment, they took a step back, and another step, and another, and another... And they walked backwards all the way to the town. But there is a rock in that place, about three meters high, and they walked down backwards." Those who have been to Garabandal fully understand David's surprise. The town of San Sebastián de Garabandal is right in the landing of a mountain that the locals call "Jormazu", in the Mountain range of Peña Sagra. Even higher up the side of that mountain, through the “Calleja” (a stone path), you can reach the Pines. The topography of the area is such that the Pines are on another small landing, which rises like a balcony over the rest of the land, on an abrupt slope. A steep path meanders along each side of that "balcony". But the girls did not use the path. They went down backwards in a straight line towards the village, in spite of the very steep slope. "It’s totally impossible," says David. “The rest of us had to go down either side, we couldn’t go down with them. It was impossible!”

The people who were in the Pines accompanying the girls rushed down the path. Surely some expected to see the girls rolling down the hill... But no. Once again, the impossible became possible in Garabandal, and once again we are unable to find a reasonable explanation. David continues, "Surely, Our Lady did these things (they happened more than once) so that we would see some part, but not everything. How did the girls get down there? No one saw it. Someone brought them down. Someone. If not, it is impossible. It’s three meters straight down." David insists, "In these details, the Virgin did not want us to see everything. We saw the most important thing or maybe something, but how did they get down there? It was the Virgin Mary who brought them down, or St. Michael, there is no doubt about it. If not, it would have been impossible. I mean, we young men, had to go down on either side!”

This is what the witnesses tell us. Those who were not there, however important they may be, what can they say or write if they do not listen to the witnesses?