I felt I had been heard 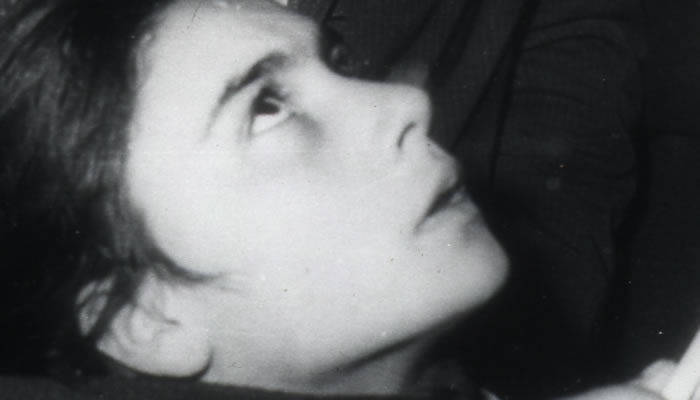 Celina Ruiz Cuenca no longer lived in San Sebastian de Garabandal when the apparitions began. She had gotten married three years earlier and had moved to Corrales de Buelna, a little town in Cantabria, now about an hour away from Garabandal. However since the roads in the 60’s, and the means of communication, were not what they are now, Celina could not easily visit the village. Despite this, she tried to spend as much time as she could with her mother in Garabandal—and she used her visits to follow the apparitions more closely.
In Corrales de Buelna she had a neighbor, Toña, who was very ill—at the brink of death. Celina tried to visit her and care for her. This woman held a great resentment in her heart against another neighbor. Every time that Celina went to visit her, Toña began her remarks: “Be careful, be careful with Yeta! She stole sausages in the co-op, she did such-and-such, and she’s a this-and-that…” It saddened Celina that the only thing Toña did while sick was criticize and curse others, especially this certain neighbor. With her sweet and friendly ways she would say “Oh, Toña, don’t pay any attention to that.” But what made her worry more was that neither Toña nor her family went to church.

Celina was getting ready to spend a few days in San Sebastian de Garabandal, and she worried that when she returned she might find Toña had died because her condition worsened day by day. Before she left she said to herself: “I’m going to see Toña, this might be the last time I see her.” But seeing her only worried her more because she began to talk badly about her neighbor again. Celina cut her off saying: “But with everything that you have to worry about, honey…you could be using a lot better all that you are suffering…” But there was nothing to be done. It seemed impossible to uproot the resentment that poisoned her heart.
Celina arrived in Garabandal. As she usually did, she left the children with their grandmother so as to be able to follow the girls in ecstasy through the town. That night, Conchita was in ecstasy near the parish church. There were many people in the village that day, the plaza was overflowing with people who were trying to follow the apparition. Celina stayed in the back. It was impossible to get closer. She began to pray to Our Lady: “Oh please help Toña! If you can hear me, I pray to you for her. Help her to repent. Help her to offer up this sickness and this cross that she is living.” Celina prayed intensely, placing all her trust in our heavenly Mother. She didn’t ask for a sign, but all of a sudden she realized something was happening. Before, still quite a distance from her, the crowd was parting to let Conchita pass through. As always when the girls were in ecstasy, Conchita looked neither where she was walking nor towards where. With her head raised, looking up, she followed Our Lady. Celina saw the crowd move aside to let Conchita pass and was prepared to do the same when she saw where the girl wanted to go.  But to her surprise Conchita, or better said, Our Lady, was looking for her. Celina remembers: “And then I saw the crowd open up, step aside and that Conchita was coming towards me. She didn’t look at me. And you’ve seen pictures of it, her head was like this. She came up to me, she made the sign of the cross over me with the crucifix and she gave it to me to kiss. I kissed it and she left.” Celina’s excitement was overwhelming: “I felt that she had heard me. I felt that I had been heard.”
After two weeks in San Sebastian de Garabandal, Celina returned home to Corrales de Buelna. After settling everyone in at home, she ran over to Toña’s house. She didn’t even know if she would find her alive. When she arrived, one of Toña’s neices, a good and religious girl, came out to greet her. They hugged each other as the niece said: “I couldn’t wait for you to come back!” Celina asked: “what happened? What happened?” The niece responded: “Toña confessed and received Communion. And it so great to see her now. She is at peace, she doesn’t complain or talk poorly of others.”

A few days later Toña died. But she died after having forgiven and asking for forgivness. Celina never doubted that her prayer had been heard. Our heavenly Mother, who tradition rightfully calls the omnipotent intercessor, heard her cry and gave her a sign that she had been heard. With or without signs, she always hears us. But it is true that in Garabandal Our Blessed Mother gave us many signs that she hears our prayer, so that in our day to day we never doubt that she is our Mother, that she loves us and intercedes for us.