A Dominican in Disguise 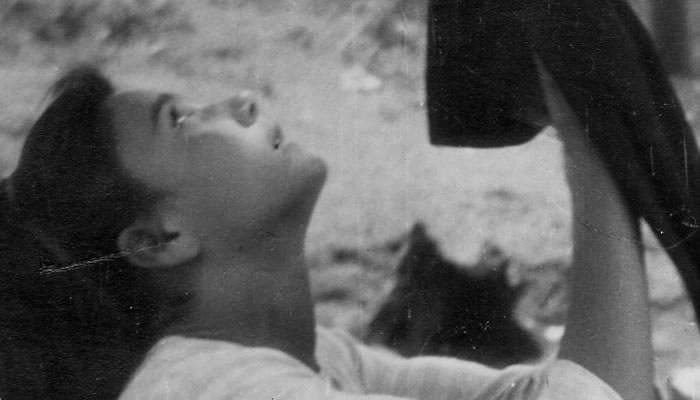 Aniceta tells us the story:

«A young man arrived here with a young woman, a couple. He was dressed like any normal young man, and I assumed that they were just a young dating couple. It was raining a lot and the place was full of people. Conchita, in ecstasy, came into the house. My sister was amidst the crowd and the young man approached her and said, “Give this cross to the girl.” My sister responded, “Why should I try to give it to her? She’s not going to take it. When she’s in ecstasy, she never receives anything.” “Well, give it to her mother then, so that her mother can give it to her.” My sister came up to me and said, “Here, that man said for you to give this to Conchita.” I responded, “Why am I going to give it to her? She never takes anything.” Then, I had an idea. What he wanted me to give to Conchita was a cross on a string, and so I thought of hanging it on her fingers, since she had her hands folded. Although Conchita spoke softly, I was close by and heard her insist to her vision, “I didn’t bring anything. I really didn’t bring anything.” She continued, “Well, if I have something, take it.” At that moment, Conchita took a step forward, lowered her hands and, in doing so, the cross fell on the ground. She took another step and stepped on the cross, “Ah! I’m stepping on it?” She bent down and picked up the cross, still in ecstasy, and held it up to her apparition to kiss. Then she turned around, facing the young man, made the sign of the cross over him and held it up for him to kiss. Turning back to the vision, she held it up again to be kissed and said, "Having such a beautiful habit as the Dominican habit, what a pity that he came dressed like that!"»

«Then, turning back to the man, she took his glasses off and put them in his hands. The man was afraid and I said to him, “Don't worry, she won’t break them.” She made the sign of the cross over him, held up his cross to be kissed again, and then put it around his neck. However, she put it on him backwards, the image was turned inwards. “Oh! I put it on him backwards?” She took it off, turned it around and put it back around his neck. Then she opened his hands, took his glasses and put them back on his face. Then she repeated, “What a shame that they come dressed like that!” He was a Dominican priest in disguise, wearing normal clothing, and accompanied by a young lady, who appeared to be his girlfriend, but who turned out to be his sister.»