The least we can do is wait for her 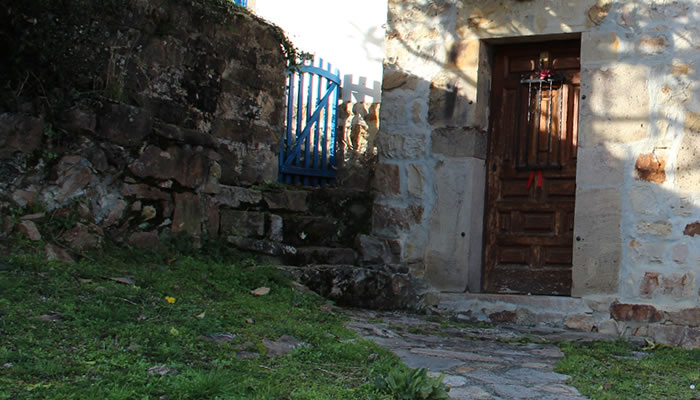 Many times the girls, and all those with them, would stay awake until late at night waiting for the apparition. They waited for Virgin Mary.
María José Álvarez tells us her experience:
«After having been to the houses of those who were going to have an apparition, we sat down on a bench outside the window of Conchita's house. The kitchen was full and the door open. They prayed the rosary and we joined in from outside. At six '0' clock in the morning some of the people from inside the kitchen decided to come out so that if we were cold we could go in.
Conchita was sat with her mother on either side of the hearth. Aniceta was wide awake so I asked her: "If they know that the Virgin isn't coming until later, why don't they go to bed?". Aniceta replied: "If we know the Blessed Virgin is coming the least we can do is wait for her." She was right.»

María José Álvarez continues the story:
«Upon entering the kitchen I sat by Conchita and I asked her what the "calls" were all about. She told me that at the first call she felt inside like a big joy, and that between the first and the second a lot of time passed. The second call produced even greater joy and the third made them take off running to wherever the Virgin took them. The time between the second and the third was shorter.
Whilst speaking to me she fell as if struck down on her knees, the sound of the blow was as if she'd broken her two knees. If she'd fell on my feet she would of broken them I thought to myself.
All this happened at 7 '0' clock in the morning. Conchita got up and went towards the window. She gave Plácido Ruiloba from Santander and another man, who if I recall rightly was a priest, the crucifix to kiss.
Then Conchita went to the "Calleja" and we prayed a beautiful rosary with her in ecstasy, that I will never forget.»