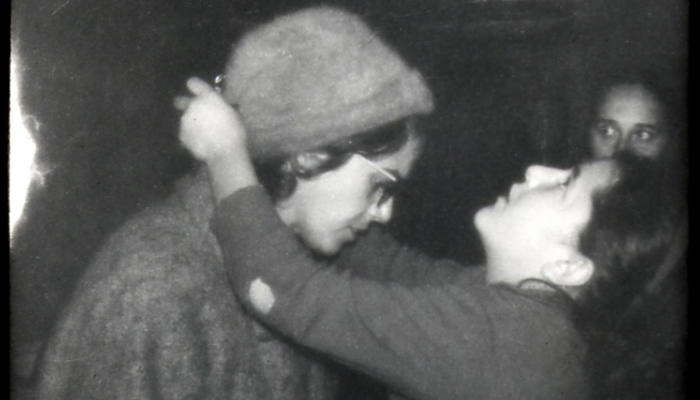 David Toribio is the narrator of this story. David was one of the young men who guarded the girls from the visitors and protected them from the masses of people that were formed around them during the time of the apparitions.

Matilde and Josefa, two neighbors, are the protagonists. It is as if David were seeing them again. This event probably occurred during the first week of the phenomena. Matilde went to buy bread at Josefa’s shop, and on her way saw that the girls were in ecstasy on Caballera Street. She went into the shop and said to Josefa, “Attend me, attend me quickly because soon there will be an apparition on Caballera Street. I want the Virgin to kiss my chain because she has not kissed it yet.” Josefa, as she was obliged to remain at her desk, answered, “Oh, I cannot go. Put mine with yours and then bring it back to me.”

Matilde returned home to drop off the bread. She did not waste time. She ran to where the apparition was taking place and managed to give the two chains to the girls. Once the religious objects were kissed, the little ones gave them back to their owners. They never made a mistake. There were many people, and because of the excitement of the moment, Matilde did not realize that the girl only return her chain and did not give her Josefa’s. When the apparition was over, Matilde held the medal in her hands and brought it to her lips to kiss it. Only then did she realize that her friend’s medal was missing. Afflicted, she exclaimed, “Oh no! Josefa’s chain is missing!”

She tried to reach the girls to explain what happened so that they would ask the Virgin Mary for help to find it, but there were so many people that it was impossible to get close. She turned around while saying to herself, “I am so upset. I am going to tell Josefa so that she knows.”

As soon as Josefa saw Matilde come into the shop with her pitiful expression, she began to laugh. Matilde told her, “Laugh, laugh all you want because your necklace is that one that has been lost. Now you know.” Josefa did not change expression, but rather with a big smile exclaimed, “No, no. My necklace has not been lost. Look, it is right here. One of the girls brought it to me here.” Matilde’s surprise was tremendous.

Once again, we must repeat the same questions. How is it possible? The girls were already in ecstasy when the medals were given to them. How did they know whose each medal was? How did they know that, of the two medals given to them, one was Matilde’s and the other was not? Perhaps we do not know how to answer these questions, but we do know that Josefa received her medal because one of the girls in ecstasy brought it to the very shop where she sold bread!