The Virgin of Garabandal in the Miracle of the Andes by One of the Survivors.

Eduardo Strauch Urioste is one of the survivors of the renowned “Miracle of the Andes.” The story was told in the book Alive by Piers Paul Read, from which a film with the same title was also made. On October 13, 1972, the plane Eduardo was traveling in and that had taken off from Montevideo, Uruguay, to Santiago de Chile, with forty passengers and five crew members on board. The plane crashed 4,500 meters high, in the Cordillera of the Andes. Given up for dead, the authorities gave up their search just a week later. On December 22, 1972, they were rescued after 72 days of odyssey over the course of which they saw their relatives and best friends die. The survivors had to nourish themselves with the flesh of the deceased.

Faith and friendship were the force that sustained them in those difficult days, thirty degrees below zero, with death hovering over them. But they had a "great ally:" the Virgin of Garabandal, to whom their mothers prayed for the miracle.

Eduardo Strauch Urioste was silent about the dramatic experience for thirty years, but then he started to speak. In 2012 he wrote his experience, matured by years of reflection, in a book Out of the Silence: After the Crash. Below there are paragraphs in which Eduardo, touched, talks about the rescue and relates it to his mother’s –and other peoples’, including the first lady of Uruguay at that time – prayer to the Virgin of Garabandal, who appeared “in the mountain." 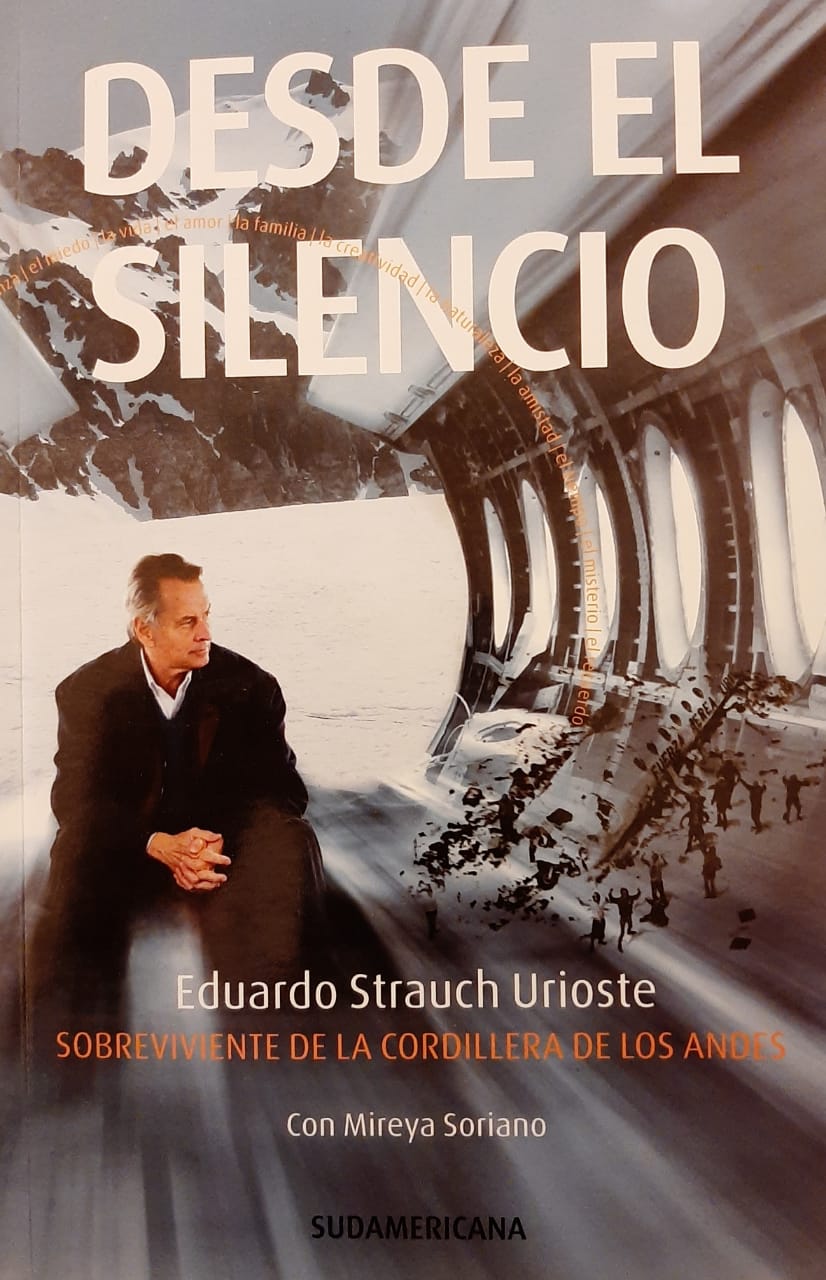 From the book OUT OF THE SILENCE: After the Crash by Eduardo Strauch Urioste, survivor of the Andes.

One would think that its meaning had little foundation, but receiving a sign is something very personal and almost non-transferable, because it goes beyond the specific element that produces it and finds its place in the conscience of those who receive it.

This is how I felt on the morning of December 22, when from the small portable radio in the middle of the Andes, where reception was always defective and weak, Gounod’s Ave María began to be heard, clearly and intensely, and I knew immediately that the young people vaguely mentioned in the news were Roberto and Nando, who had managed to arrive.

Moments later we heard the confirmation that it was indeed our companions who had finally reached their destination. But for me the news had come before and in a different way. This type of experience may be inexplicable, but it is a personal message that appeals to the deepest part of oneself. In that case, the message had come through the beauty of the music and the emotion it gave me, along with the moment I heard it, when the sun was rising behind the Sosneado, and with the unusual quality of reception. All this made me recognize in the Ave Maria an unmistakable sign that we would continue to live, because our friends had achieved their goal.

Sometimes the repetition of the unexpected makes us perceive certain facts as signs. During those days of anguish when society considered us dead, my mother had received brochures about Our Lady of Garabandal, to which she hadn’t paid too much attention. One day, while praying in Church, she felt someone touch her shoulder. Someone leaned toward her and showed her a book. She immediately recognized her friend China Herrán de Bordaberry, at that time the first lady of Uruguay, who told her that there miracles were taking place in the Spanish village of San Sebastián de Garabandal, associated with apparitions of the Virgin Mary. My mother interpreted that cluster of coincidences as signs to direct her prayers to that invocation of Mary. Awhile later I learned that in Spain some people call her "Our Lady who climbed the mountain," because the place of her apparitions was in heights of the Cantabrian chain.

Just over a month after that happened, my mother learned, by a call from her brother Pepe, that two survivors of our flight had appeared, and without even knowing if I was on the list, she took the first plane to Santiago with other parents. Another strange coincidence: on the same flight there was a priest who was returning from having witnessed miracles in Garabandal. When my mother arrived in San Fernando, another happy mother confirmed that I had been saved.